TOPEX/Poseidon (T/P) mission was launched on the 10th of August 1992 and was the result of a NASA-CNES collaboration. The mission objectives were focused on the improvements in sea surface topography description, and the enhancement of climate forecasting performances. T/P has operated for over 13 years (until January 2006), delivering data with an accuracy of 4.2 cm. The satellite flew on a near-circular, non- Sun-Syncronous orbit with altitude of 1336 km, coverage of +- 66°, and a repeating period of 9.9156 days. In September 2002 T/Ps orbit was shifted midway between the previous tracks. This operation allowed a cross-calibration with NASAs Jason-1 satellite, which replaced T/P in on its same former orbit. 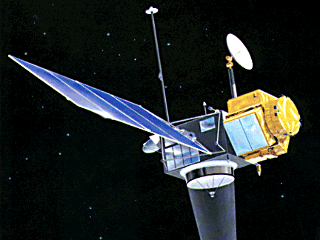