The NASA’s Ice, Clouds, and Land Elevation Satellite (ICESat) was launched in January 2003 with the main objectives of monitoring changes in cryosphere, vegetation, and atmosphere. ICESat is characterized by a laser altimeter, which guarantees a higher resolution on the Earth’s surface with respect to a conventional altimeter. Moreover, the laser’s green and infrared lights allow cloud and aerosol observations. ICESat operated in a near-polar LEO orbit, with latitude coverage of ±86°. During the first 120 days, ICESat flew with a repeat cycle of 8 days, which allowed validation operations and measurements on specific locations. Afterwards, the repeat cycle became of 91 days for mapping operations. The mission ended in February 2010, with a final de-orbit completed by August of the same year. 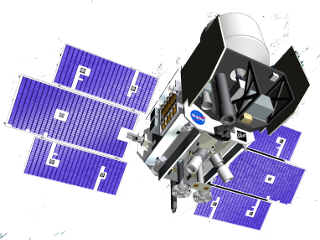