The GEOdetic SATellite was developed by the U.S. Navy with the purpose of monitoring the sea surface for applications in geodesy and oceanography. In order to fulfill both the objectives, the mission was divided into two phases. During the first phase, also called Geodetic Mission (GM), GEOSAT operated with a Sun-synchronous, polar orbit configuration, an inclination of 108°, and a repeating period of 3 days. With these characteristics, the satellite provided a dense map of the geoid from March 1985 to September 1986. During the second phase, also called Exact Repeat Mission (ERM), the satellite flew on a near-polar circular orbit, with the same inclination as for GM. The exact repeating cycle of 17.05 days allowed observations of ocean features. The mission ended in January 1990. GEOSAT has a successor for ERM continuation: GEOSAT Follow-On (GFO). 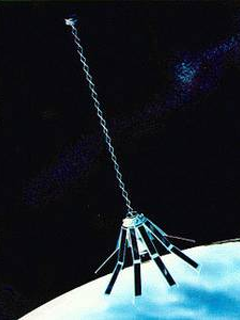